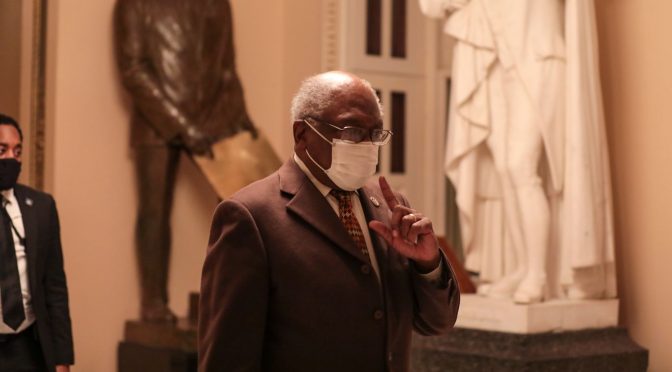 Last week’s assault on the Capitol felt personal to Black Americans, who found the violence similar to what they experienced during the civil rights riots of the 1960s, Rep. James Clyburn told Axios.

Why it matters: Clyburn said the pitched assault by President Trump’s supporters, some of whom have ties to white supremacist movements, has prompted an important question for him and many African Americans: “Are we getting ready to repeat some history that we thought we’d successfully gotten behind us?”

What they’re saying: In a phone call with Axios on Thursday, Clyburn said that even if the Senate doesn’t convict him, Trump “has not gotten away with” the charges or the resulting stain on his political legacy.