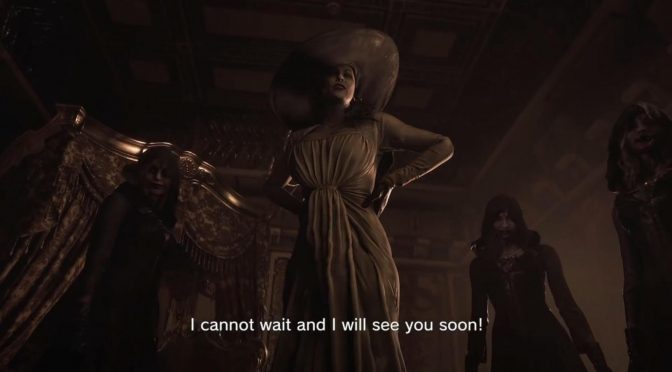 Some inhabitants of the RPS treehouse (Alice B) have been extremely vocal in their love of giant women in games, mainly some Assassin’s Creed Odyssey DLC and then Immortals Fenyx Rising. Those are both Ubisoft games though, so now I get to crow about how influential we are: a teaser trailer for the next Resident Evil Village reveal suggests Capcom have been reading Alice’s posts.

Check out this massive woman.

The teaser only shows a few glimpses of the game, because it’s a trailer for a trailer. If you come back a week from now on January 21st at 2pm PST (10pm GMT) you’ll see more in the Resident Evil Showcase, including a new trailer for Resident Evil Village. VIIIage.

Since it’s due to be a showcase for the whole series and not just Resident Evil Haml8, there’s hope it’ll also bring an update on the Netflix animated series Resident Evil: Infinite Darkness, and maybe even the movie reboot.

I don’t have any other information for you about this giant woman at this stage. I hope she is Mrs. X, and that Resident Evil 2’s Mr. X is actually a devoted family man once he hangs up his bin bang trenchcoat for the day.