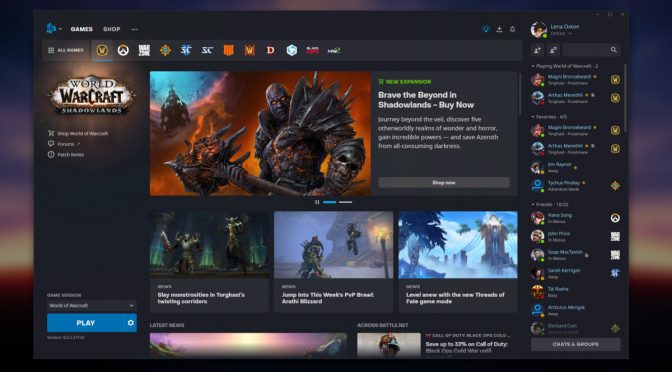 Blizzard Entertainment has released the biggest update to its online platform, Battle.net, “in years.”

Blizzard has been testing this new layout for Battle.net for several months for those that have opted into the platform’s beta. Now it the default version of the launcher.

This new Battle.net adds a new layout with a larger news section and expanded social tab. It also adds new accessibility options, including navigating most of the launcher with just a keyboard. It also adds a new notifications hub that should make it easier to see messages from friends and to find out when a game or update has finished downloading.

For now, the update is rolling out in parts of North America. It will come to other regions in the coming weeks.

Driving Game Growth & Into the Metaverse